Binary Space Partitioning is an algorithim that takes a set of 2D lines or 3D polygons and recursively groups them into a BSP Tree. Each node has three lists: two child nodes representing lines in front of and lines behind and a thirt list representing lines on the same plane. Once the BSP Tree is built it can be used to search which lines are facing any position in linear time.

It originally was created in 1969 during early attempts at 3D rendering but was most popularly introduced by John Carmack in the original DOOM game. In the game, a level editor was used by the DOOM team to create levels which were comprised by sectors and line data called linedefs. When publishing their level data, Binary Space Partitioning was run against the level and produced a BSP tree of LineDefs and subsplit linedefs called Segs. This BSP tree was then included in their level data for the game engine called a WAD file.

When the DOOM engine loaded the data from the level, it would use the BSP tree nodes to traverse and render the game in a reverse painters algorithm. The BSP tree allowed the game engine to only search and draw walls that were facing the player, culling large numbers of walls from the process. This was where the BSP shined allowing DOOM to run in ways other DOS games had not at the time.

A BSP tree is computationally expensive to run, which is why it was done during level creation and as such required levels be static in nature without horizontal changes in the map's layout.

Using Python I will demonstrate how a BSP is built, but first we need to create some meaningful polygons to split into a BSP tree. This set of polygons will be comprised of lines with: x coord, y coord, which way it is "facing", and the height of the wakll (used only in rendering).

NOTE: all math is included at the end.

These polygons contain line data which are similar to LineDefs in DOOM, and of note the have a "face" direction which indicates which side is the exposed side to the game world and should be rendered. This facilitates the concept of a wall and is important for subdividing the other lines into the BSP tree.

These polygons when glued together and rendered look like this, with a larger room in which our world is contained and within a smaller room completely enclosed within another set of walls.

The blue lines are the overall walls, the smaller lines projecting as their normal vector represent their face's direction. The Dot and Line are the camera position and angle in the 2D world. 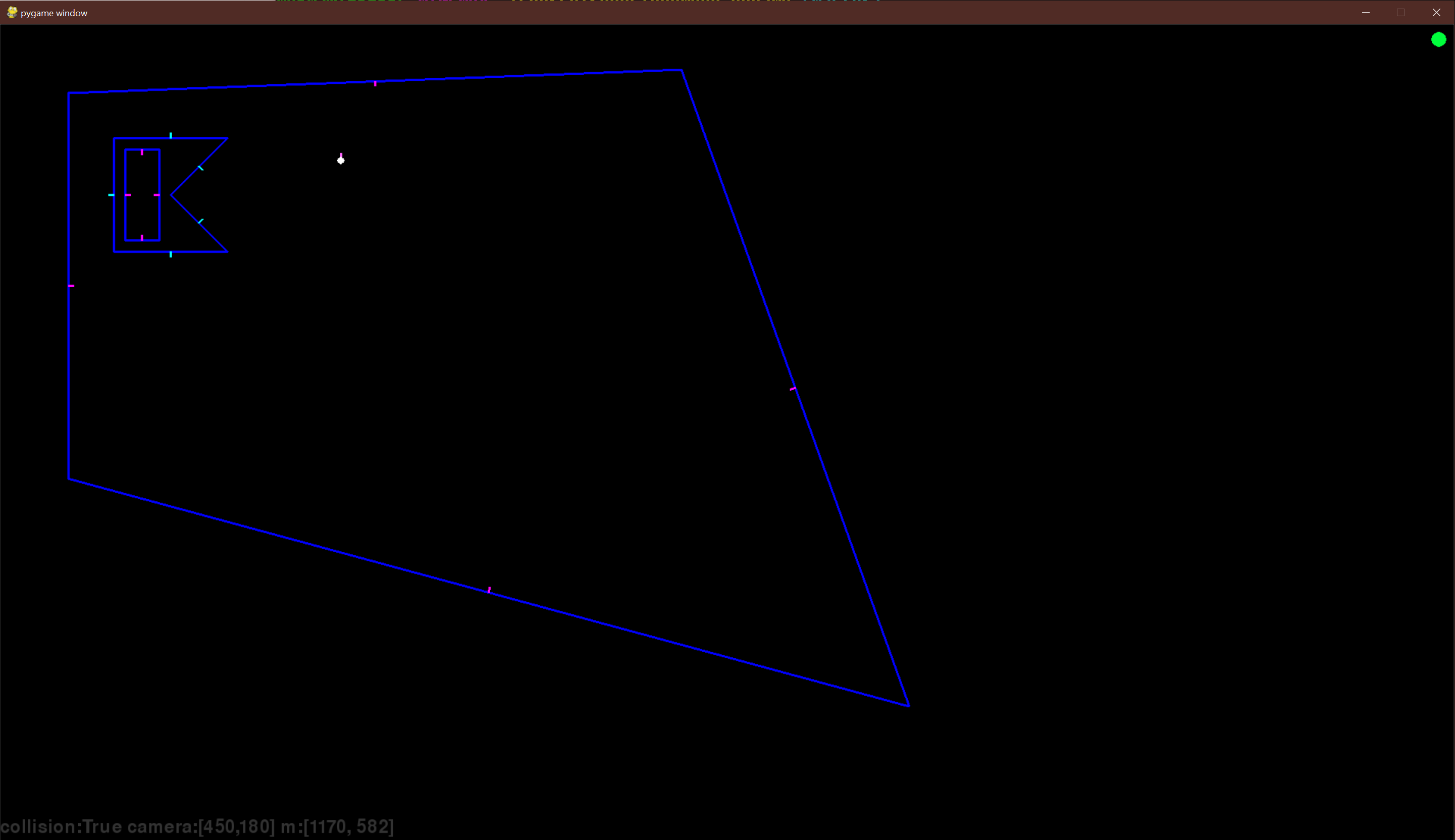 This algorithm converts the raw polygon data into a LineDef object that is defined as:

Here is a BSP Tree class that does all the brutal work. Being a tree the actual class is just a sindle Node of the tree with recursive functions for traversing and building child Node lists.

Hopefully the code is self explanatory in regards to the algorithm itself.

Some of the more complicated elements include determining if a LineDef plane crosses another line def plane and splitting that location.

Of note as well is the concept of if a node isSolid. This is a flag that is set for all node children that are created. All Leaf nodes do not actually contain line lists but two primay flags: isLeaf and isSolid. The parent of a leaf node is actually the parent of two leaf nodes, one in front and one behind. We can designate all "behind" leaf nodes as isSolid=true.

If we test a position against the tree and we wind up at a leaf node that isSolid we know the position is invalid.

The splitting and sorting operation creates the segs, or sub segments of lines and can be seen here as different colored lines that comprise either all or portions of our previous line defs.

Can you determine which line was the "Splitter" line of this BSP tree from the segs created? 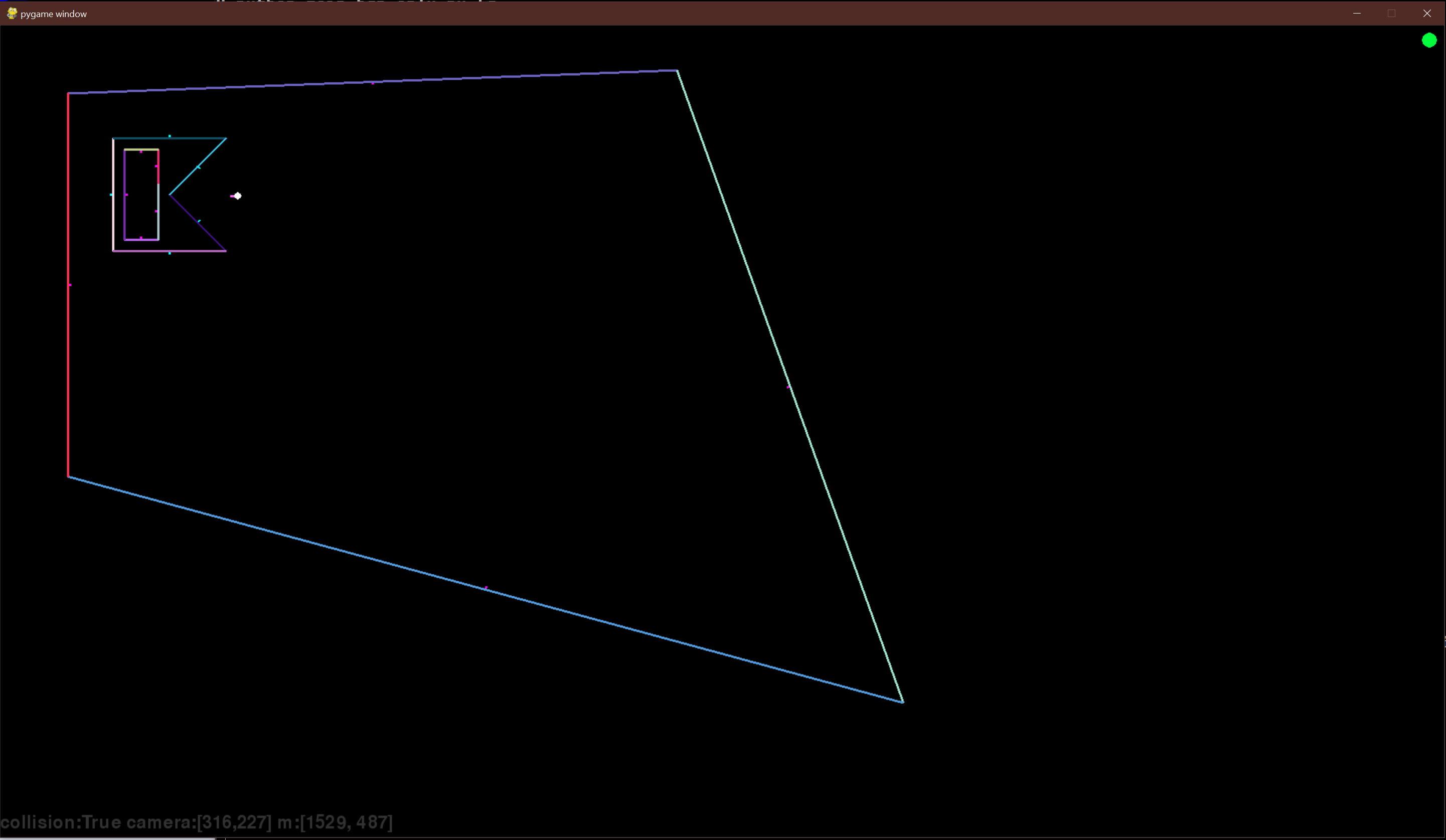 This drawing routine is appended to our BSP class such as

We can also visualize the faces of the lines and which ones face our chosen position by recursing and testing the position with the seg's face direction. The faded lines represent those facing away from the position. 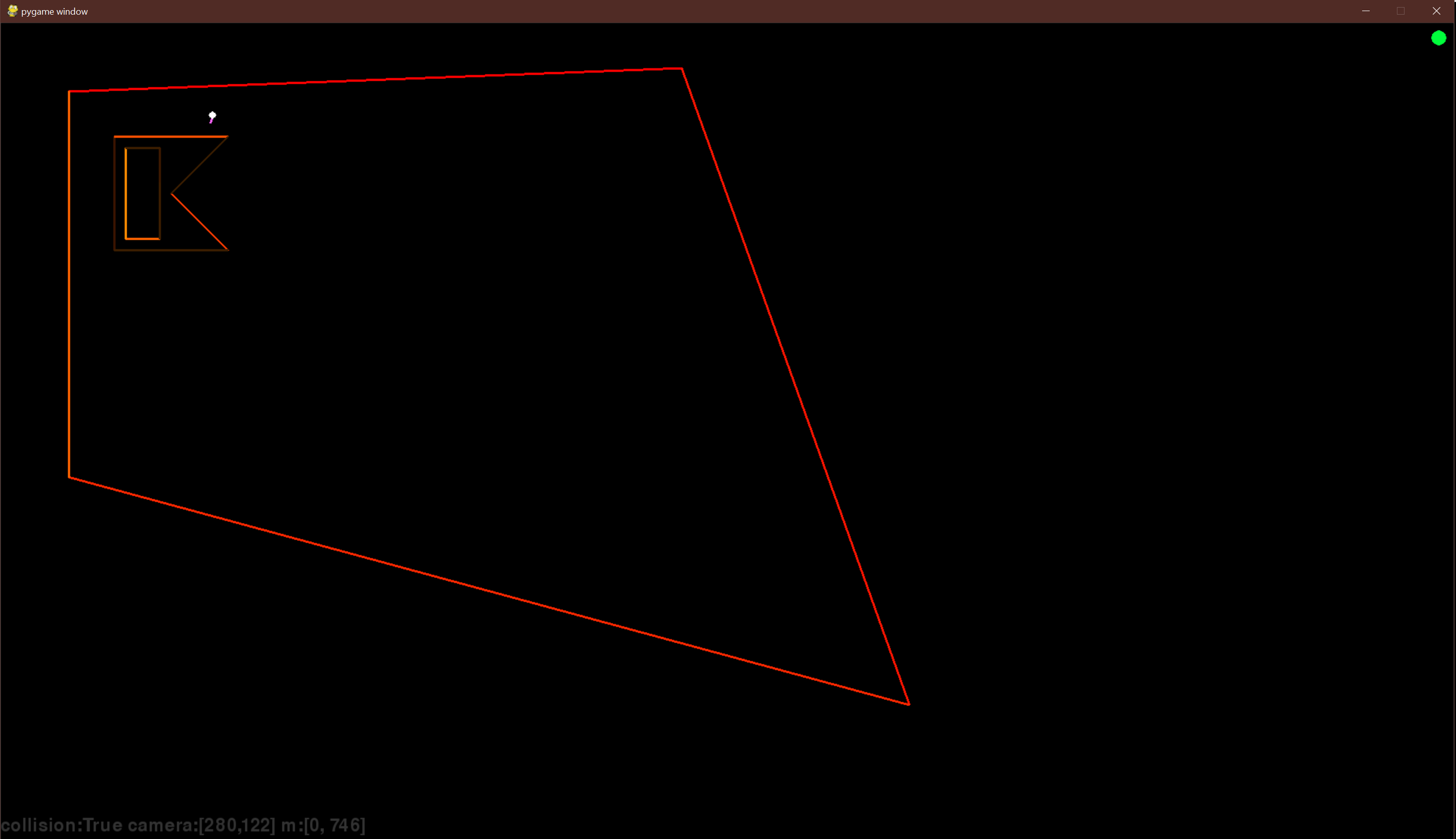 We simply need to adjust how we are rendering our faces to not render lines facing away from the player. Traversing before or after rendering defines in which order we render our walls facing our player.

The traditional Painters Algorithm renders based on furthest to closest, each wall covering the one behind it. This is simple but non-performant as large portions of walls are rendered and then overwritten wastefully.

In DOOM they revesed the approach rendering from closest to furthest. Because the game was actually 2D projected as 3D the geometry was simple enough to keep a running list of screen coords that were rendered to and to cull any walls behind the walls already rendered. 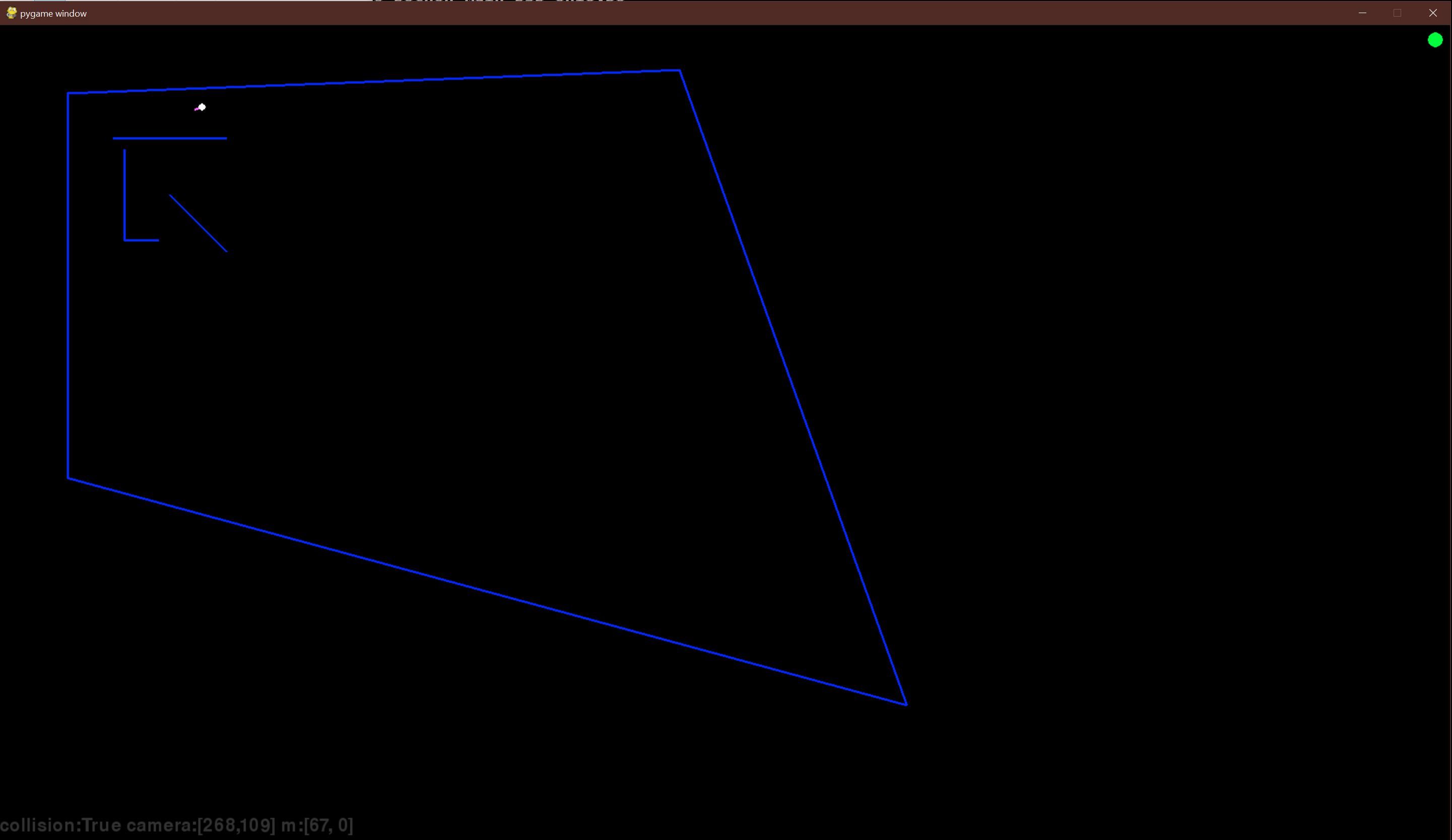 It was simple enough to test if the position is "within" a wall" through a form of BSP collision detection. Enabling this check in code prevented the player from crossing a wall.

We can facilitate this with a check to see if the leaf node of the tree we wind up in is considered solid or not. If the position we are testing is in a lead node that is solid then it is not allowed.

The BSP tree is really an awesome algorithm and data structure in one. The selection of a splitter line can affect the performance. The wider and shallower our tree the faster our checks become, so more than one BSP could be tested for performance improvements.

You can see this BSP Tree in action in my Doom Engine recreation in Python.

Some of the code here was of course referenced from other documentation about a BSP tree.