This is my website. It mostly contains my write ups on algorithms, data structures and programming topics. Feel free to explore. Almost all code is written by myself, but some is for reference only so it is advised that you read and learn and not steal!

Below you will find a list of topics, updates and projects I have found interesting. I have tried to keep performance, privacy and accessibility first in mind as you peruse the site!

A little about myself: I have been developing since a kid, starting with the TI-Basic on calculators. I fell in love and never looked back and have been making programming, developing, and engineering software ever since.

I have worked for free, as a contractor for websites and applications, for SaaS companies and now a great agency. And through it all programming has been my favorite part. I lead a team of bright devs that keep me on my toes and continue to grow with our ever changing field. Go ahead and check out the great work at Lifeblue.

Fly through space and shoot cool geometric objects in this [Desktop] space shooter sim! I built it with Three.js 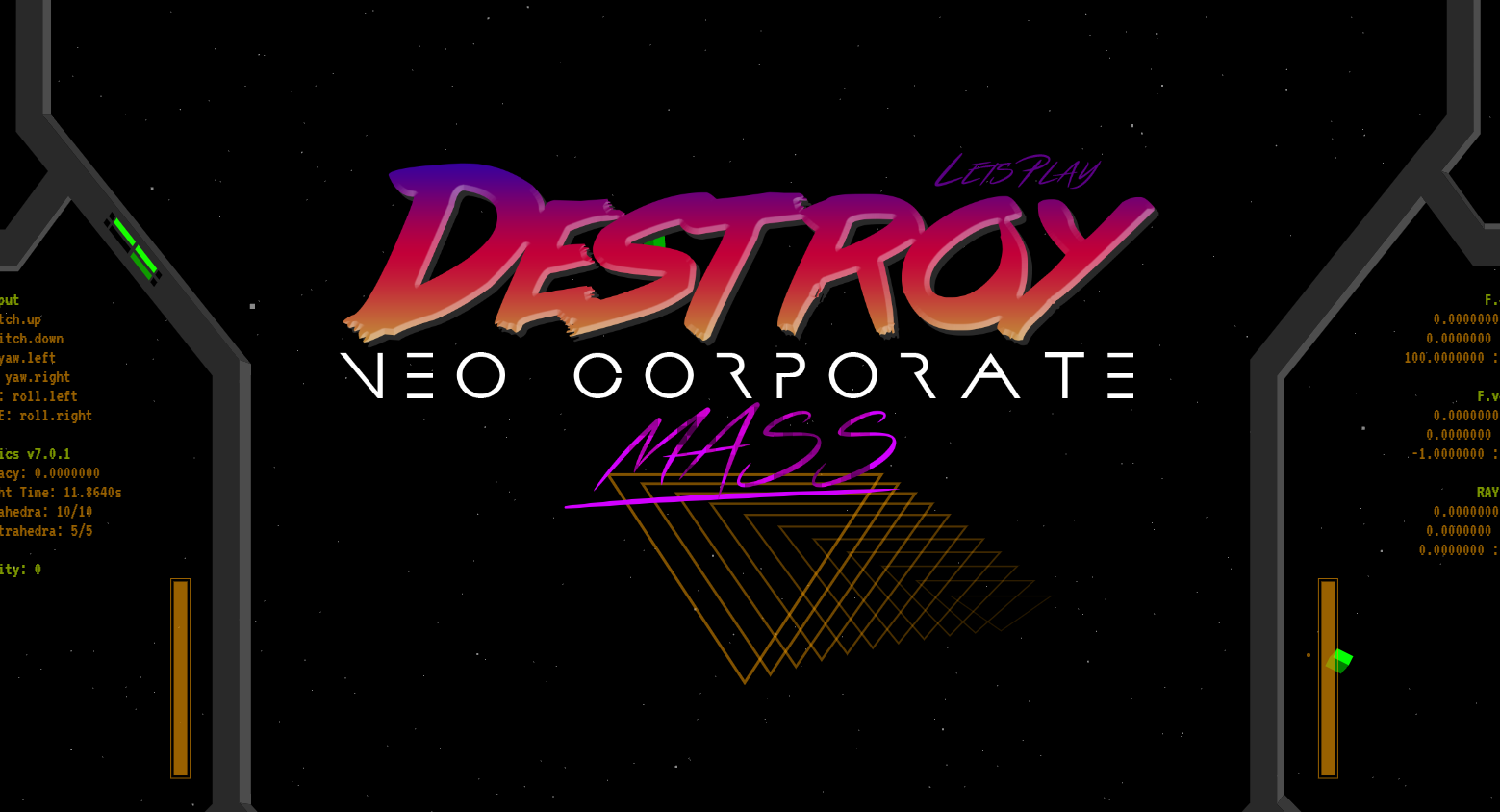 I have written a deep dive into the DOOM level structure from binary formats of the WAD files to making a comprehensive and playable DOOM II level. This is an area that was overdue for a writeup so explore those pages as you can! 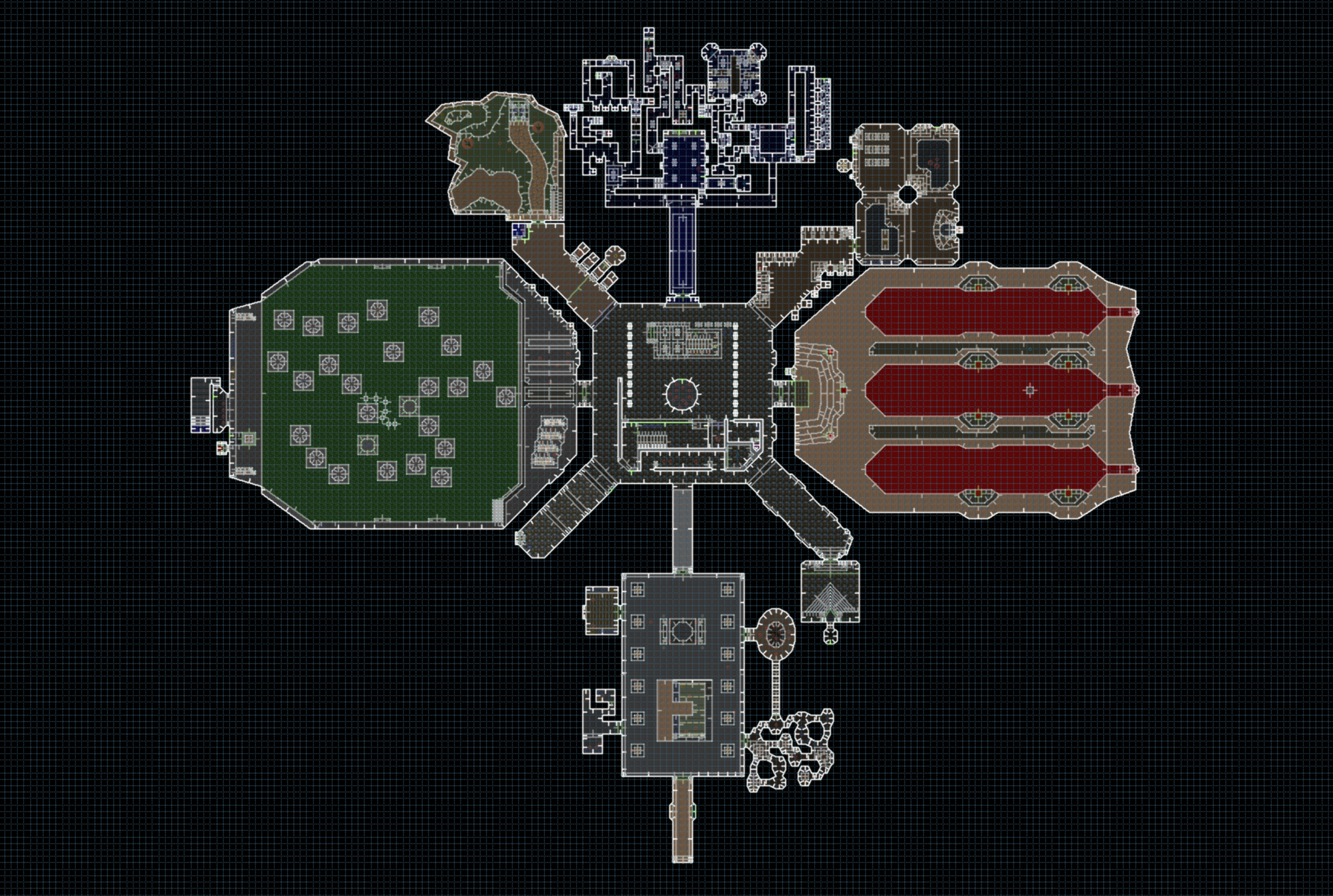 Ken Thomson is a bit of a legend. Here is an eloquent and simple paper he wrote summarizing his 1983 Turing Award lecture titled "Reflections on Trusting Trust".

The moral of the story being: If you didn't write it, you can't trust it.

Is this sane to do in the modern world of software engineering? No. But its an interesting reflection in a world where millions of eyes comb open source code for vulnerabilities, which gives us an incredible defense against attacks (see the recent PHP ZLIB exploit attempt that was caught on GitHub), but it also gives us a false sense of security about what is actually running on our machines, servers and remote controls.

Introducing NCMySQL, an ncurses explorer and client for MySQL databases written in C

With the death of many great MySQL GUI clients such as SequelPro and the bloat of others I needed a replacement visual client for MySQL connections. I felt like it would be a great way to harness the experience working with ncurses and C to utilize the MySQL C API Library and create a basic TUI for working with it.

This project is completely open source and I encourage others with interest and experience to lend a hand. 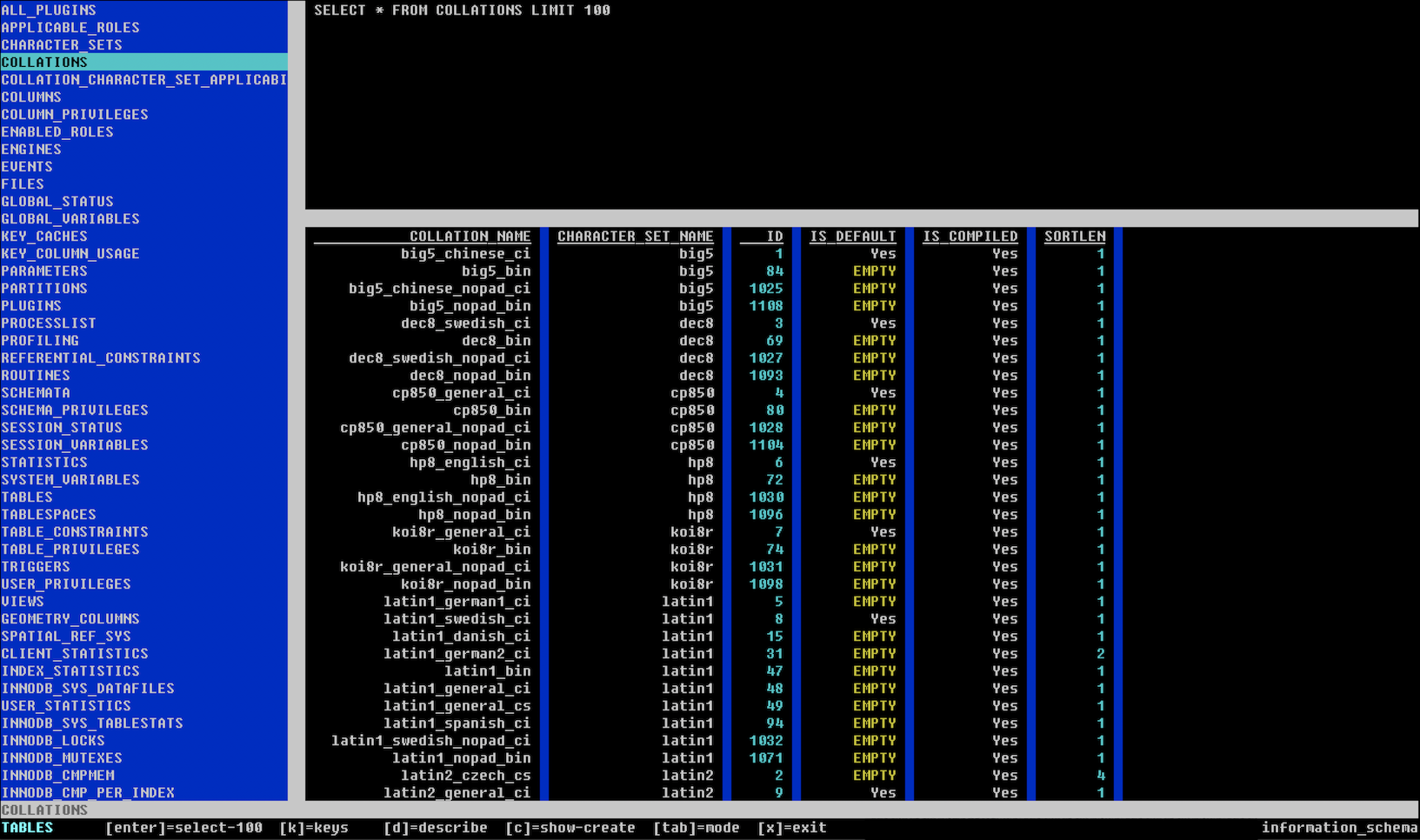 New Video is Up! Bubblesorting in ADA

I have always been interested in the idea of ADA but never put my hands to it. I fell in love with strongly-typed languages after spending years in web development with loosely type langauges. So I wanted to explore ADA to see how extreme typing played out and how cumbersome or powerful it was. My small code was only to reproduce a BubbleSort on an Integer list, and I hope to do more with ADA soon.

Ada Programming - Implementing a Bubble Sort with Arrays and Procedures 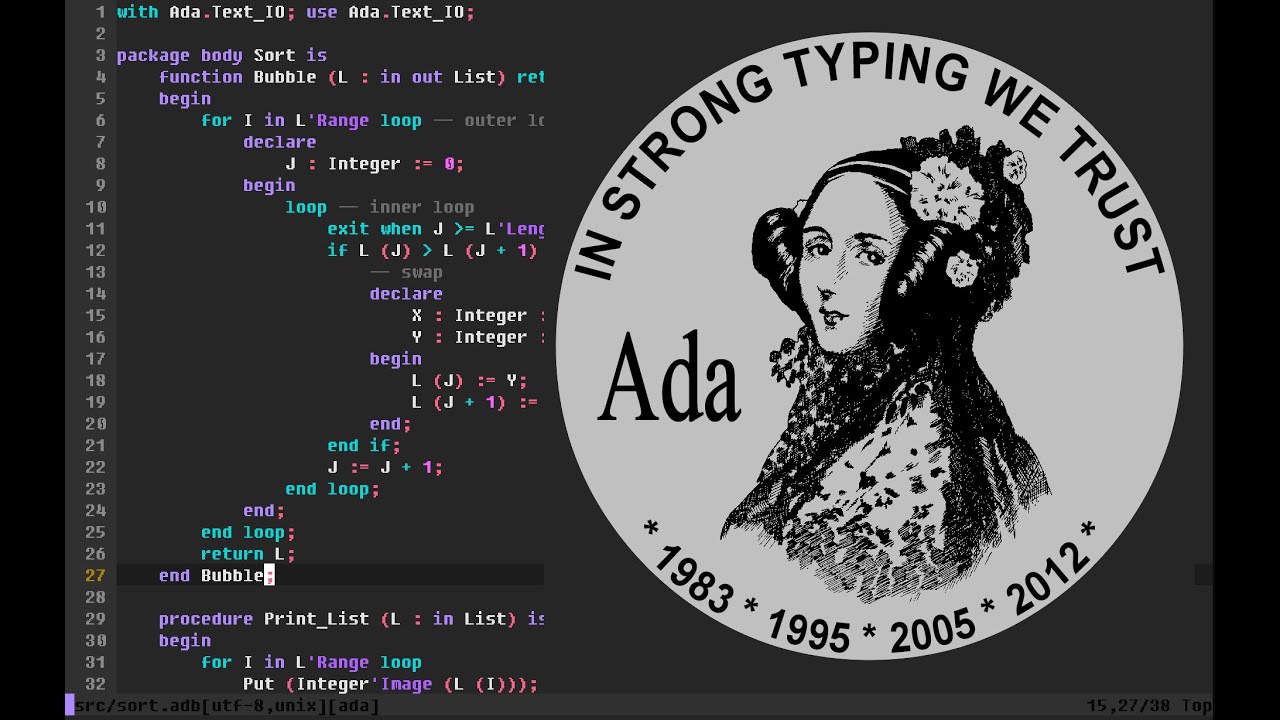 This is a work in progress 3D reimplementation and exploration of the original DOOM engine. I am using Python as the main language. I explore 2D to 3D visualization techniques, raycasting, WAD file formats and 3D rendering engines.

Closures in C with GCC and Nested Functions

While doing some game developmeng on a C project I wanted to incorporate lambda functions into algorithm processing. You can see in several of my algorithm examples that I enjoy the use of functional programming to significantly reduce the complexity or performance issues that arrive out of processing the result of data using heap-allocated memory.

Combining GCC's extension support for nested functions and function pointers we can recreate the concept of a closure in C given that we have an environment that supports Executable Stacks! 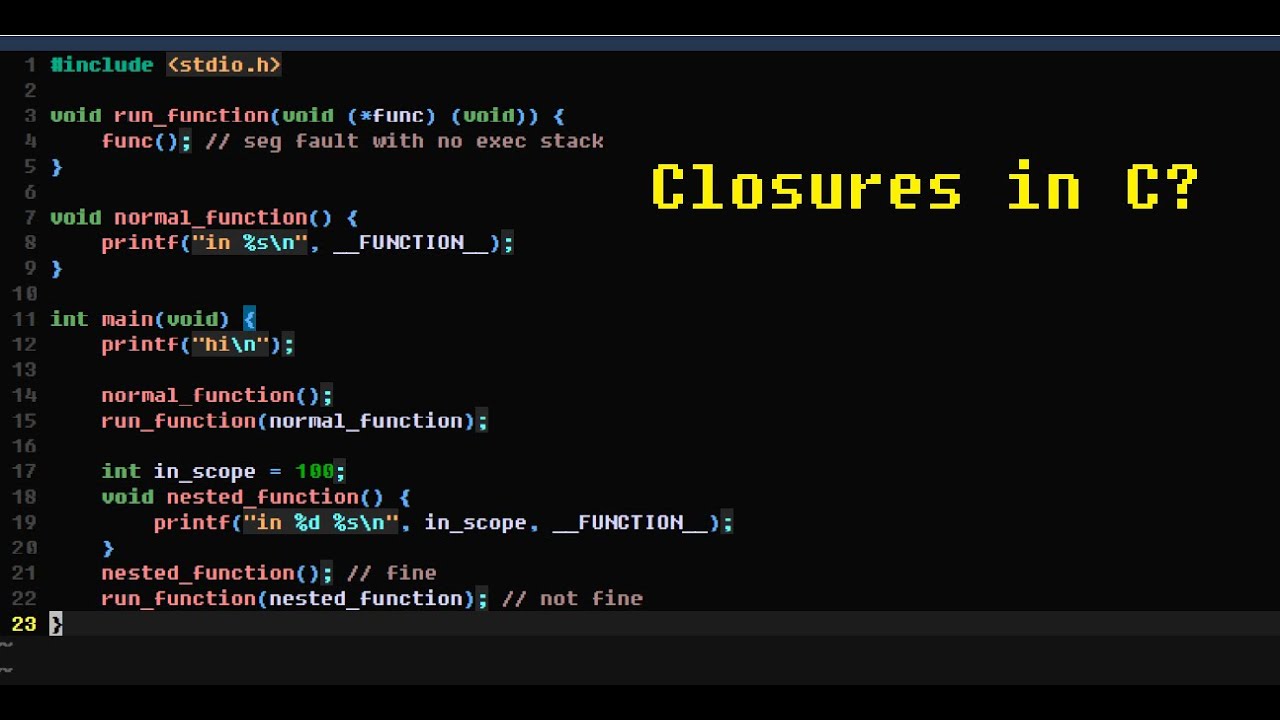 Multi-threaded, as is standard in Go, each elevator, person and floor operate as their own threaded state machines. Elevators, even when brought down to a simulated program have a decently complicated set of states and rules for operating. Namely, tasking an elevator for efficiency is not a simple challenge.

I utilized the RPC protocol to allow for the simulation to run in separated from a client. Clients could add passengers to the simulation and display it as either CLI text or a 2D graphics viewport.