Scripting a MOD for The Elder Scrolls IV: Oblivion

This was my first foray into modding Elder Scrolls titles and I started with Oblivion mainly because I was actively replaying it and I had an idea. I was playing a battlemage and felt that there was balancing issues. But more on that later. For now I followed a tutorial on Scripting, because as a programmer scripting is what interests me, not so much 3D editing or world building elements.

The entire Oblivion game can be edited with the TES Construction Kit.

The .esm files are the Elder Scrolls master files that contain all of the resources for the game.

The .esp files are the Elder Scrolls patch files that can make adjustments to the content in the esm files. This is not unlike DOOM WAD files that I explored.

When saving our mod with File > Save we must place it in the Data directory of our Installation folder. For me that was in steamapps. 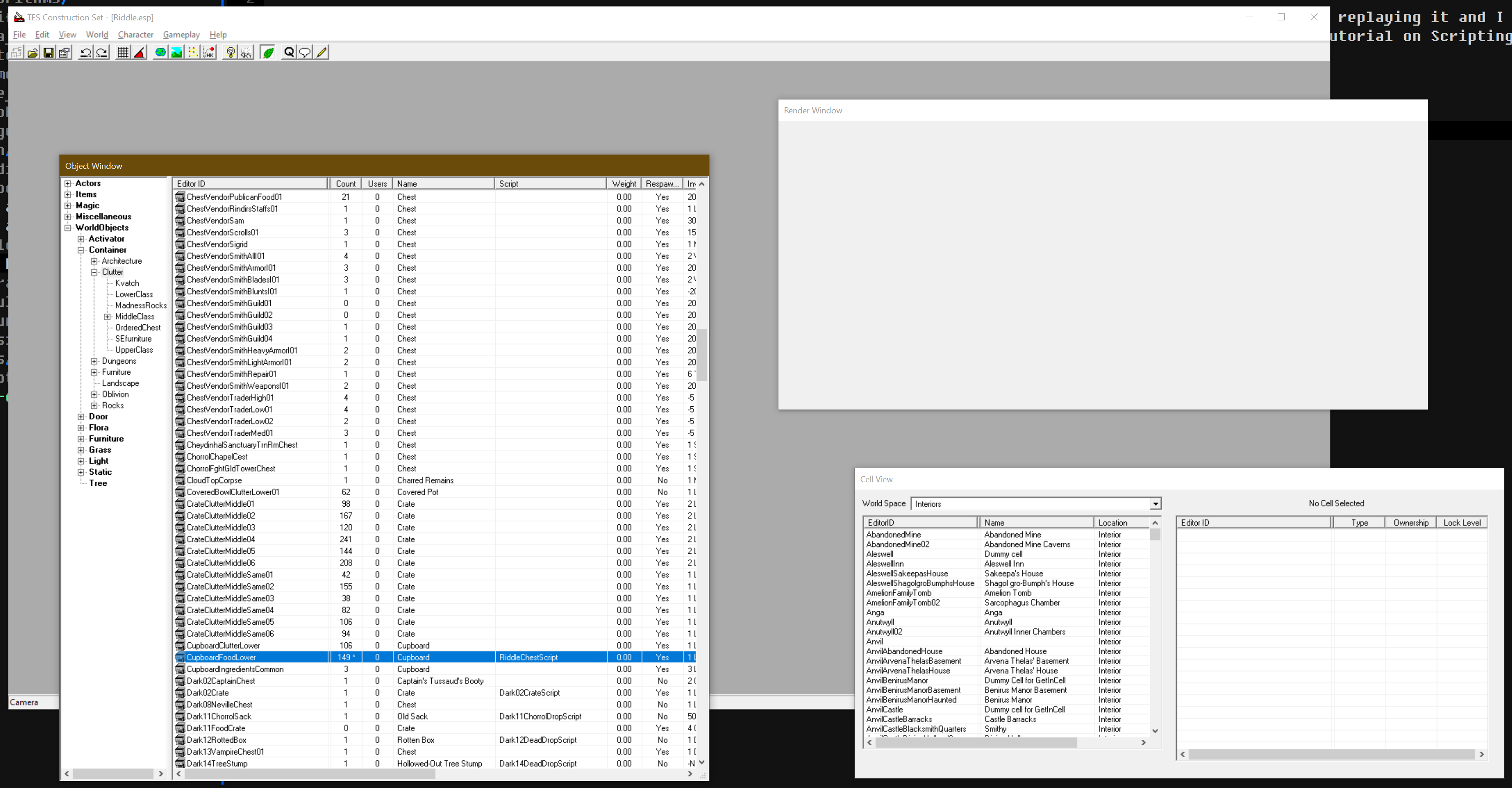 This came from a tutorial online and it covers some basic structure for scripts:

The goal of the tutorial was to attach a script that poses a riddle to the player in order for it to open.

Under Gameplace > Edit Scripts > New we can create scripts and the tite line becomes its name. From there it can be edited.

I created an object type script that lets us pose a riddle to the player on opening an object as a lock:

I went into the Object Window and under WorldObjects > Container > Clutter attached this script to the "Lectern" object. There happens to be a lectern on the desk of the Alchemist in Cheydinhall. Upon activating it we get: 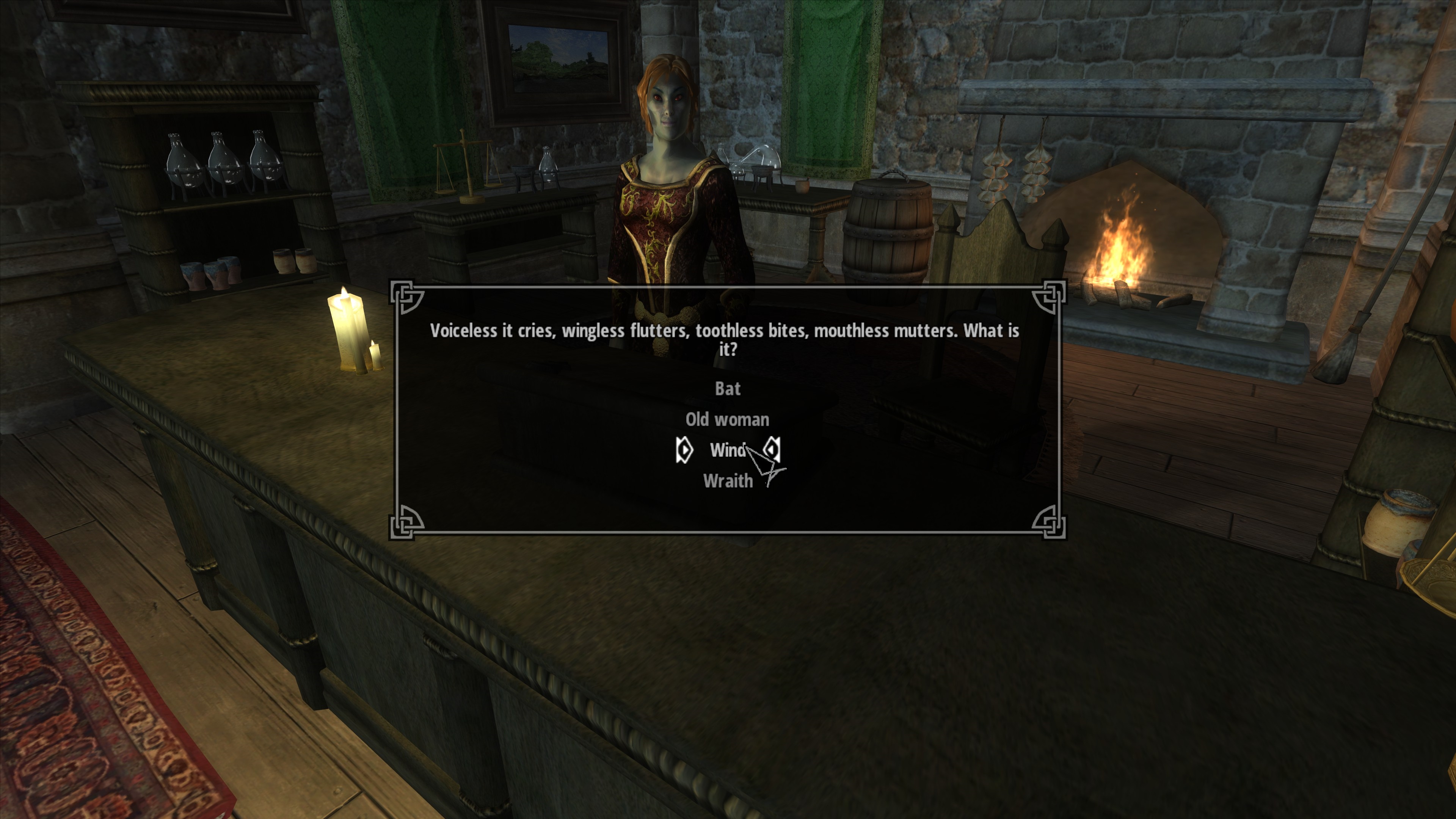 Scripts are of three types: Object, Quest or Magic Effect. Objects are attached to objects in the world and run when they are being updated as part of their object. A Quest script can run at all times, but since it is not a part of an object it has reference to less reference variables. This is fine because I want my script to be running on a continual basis.

This first version of the quest script will initalize some values when the script starts and set the current player level. Then if during gameplay the player level changes we can capture it.

With the 5 second intervals it takes a second to apply the level detection routine. I think we could adjust this to a Begin MenuMode 1027 which detects if the level up menu runs.